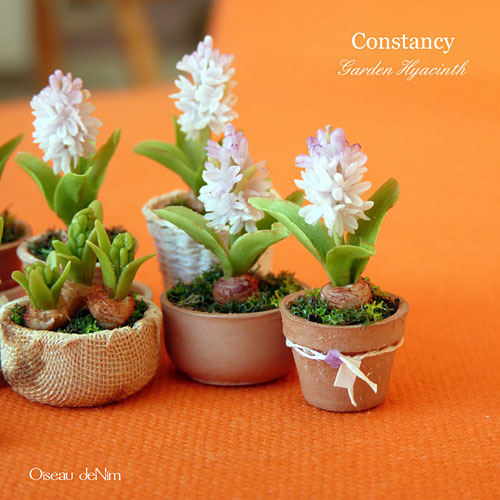 When I returned in Taipei, I visited K.T.(minihouse) and asked for a lovely ‘training’--- making a pot of g graceful Hyacinth! 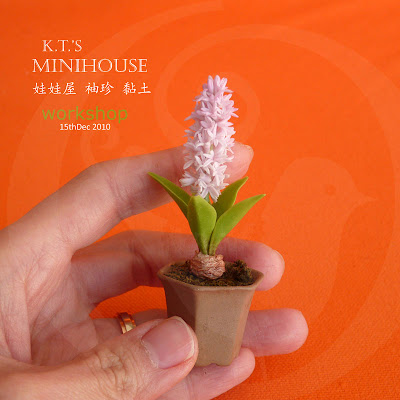 In fact I have admired K.T.’s work for years. After we decided to go back to Taiwan, I called her and asked if I could join her workshops.

I was very lucky and have spent several days with her. She has acquired mastery of sculpture; she is also like simpatico and frank sis! I do like her!

Each petal of Hyacinth, as you can see, is cut with a pair of scissors; K.T. told me it was always better to start with larger scales than the smaller ones. I spent several hours in the course and just finished this pot. But it’s worthy to wait!! :D 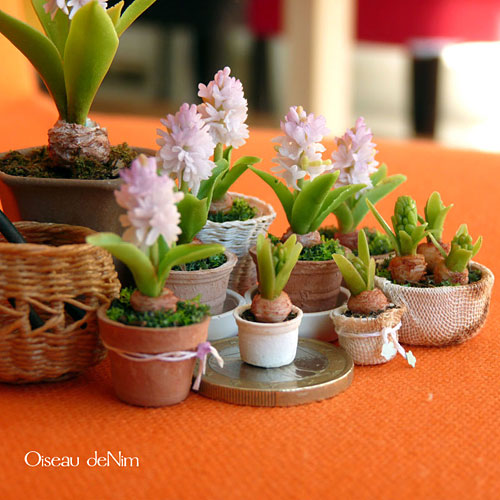 So, this week, I started making some Hyacinths at home. All of them are made in air-dried clay (ADC) and in 12th scale. It has been a long time I don’t play with ADC but still love its translucent effect. The diameter of the smallest pot is 8mm and 7mm high. They are darling, non?! :0) 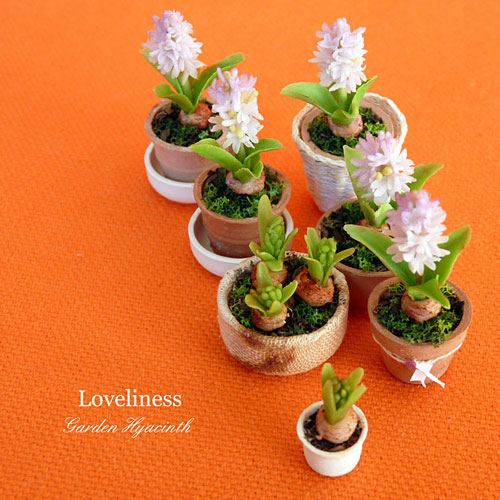 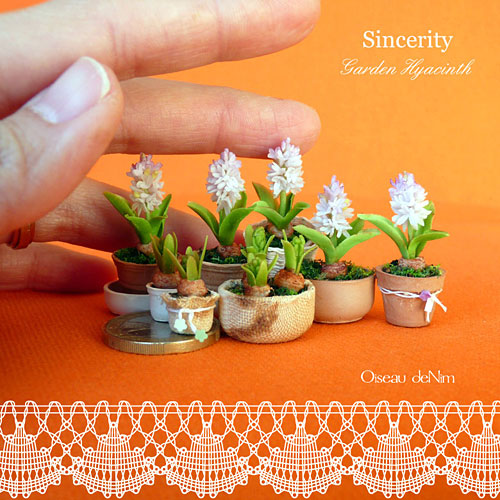 Inspired by Carol, I also made some baskets this week. They are very simple ones but will try someting different with MyFrenchCuisine next week! 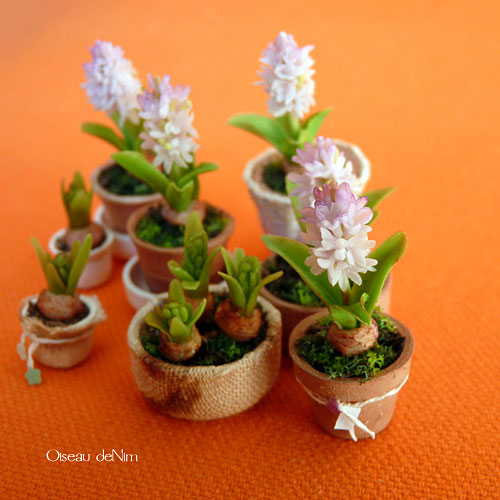 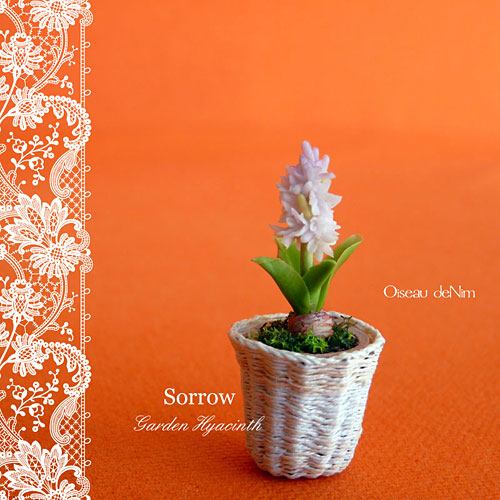 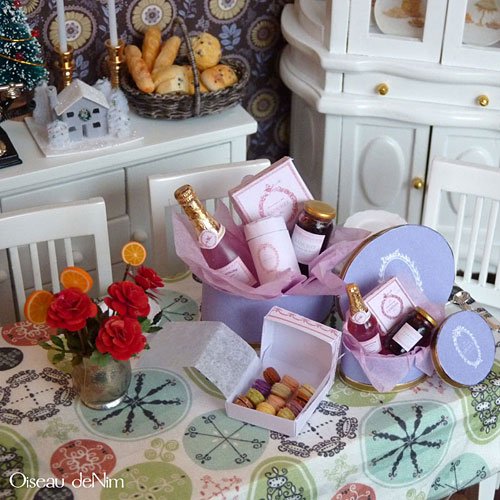 I’m unorganized after such a long vacation since November. I was happy spending some time with my family in Taipei even though it was too difficult to say goodbye. Fortunately some gifts arrived and comforted me after I returned to France. 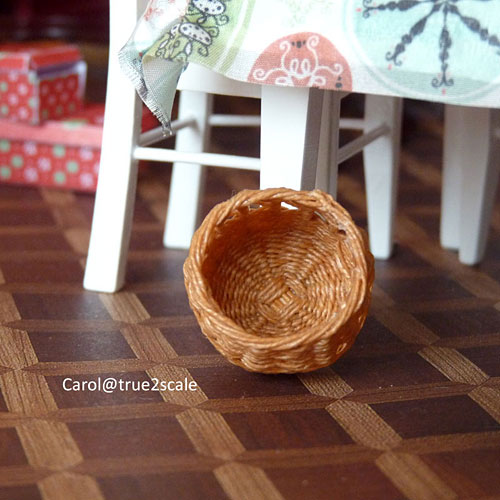 Carol (True2Scale) sent me several lovely Glitter House packs and a BEAUTIFUL basket that she did. I was inspired when seeing the details she made. In the very beginning I did not notice it because Carol left it inside a pill bottle. I always have difficulties to do the action “hold tab down & turn”. My husband opened it after we come back from Paris after Christmas. 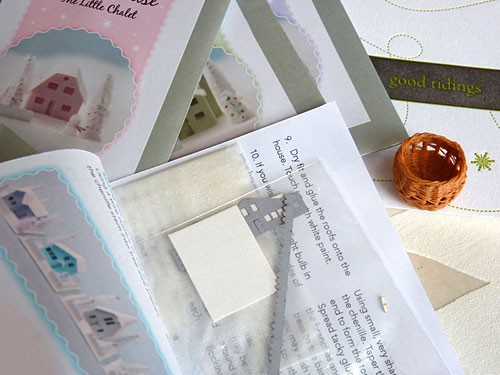 Thank you Carol! I will try my own and share with you. For the packs of glitter house with very nice laser cut, I will keep them for this Christmas! :o) 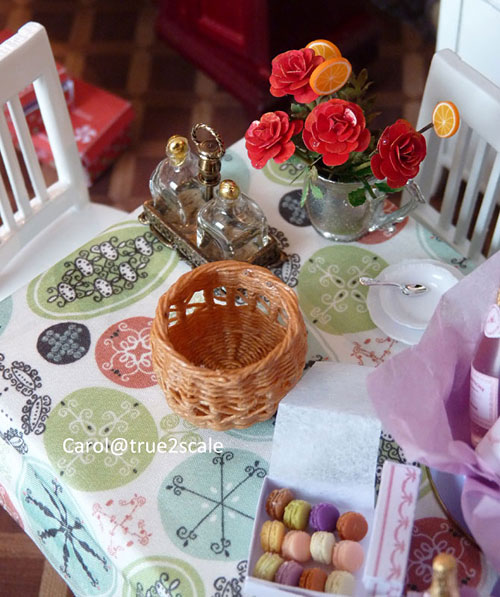 Marie-Laure (Merline Minis) is the expert of ‘broderie’ and ‘point de croix’. We made a promise in Oct and said we would make some minis for each other. 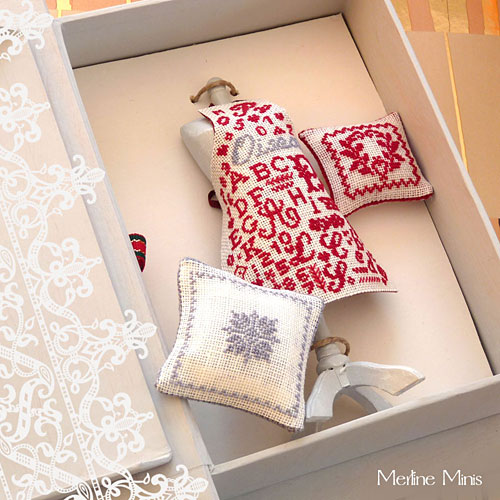 The parcel arrived before 31st Dec. When I opened the box, I could not breathe. The first thing I saw was a little bird who sang ‘Joyeux Noël’ on the box; ‘Oiseau’ and the initial ‘PW’ are nicely embroidered on the apron. Merci, Meri Marie. It is a very special and touching Christmas present. 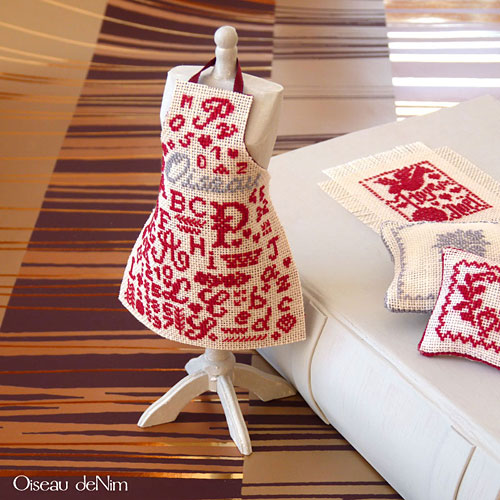 It was stunning to receiv Maria’s (Il Cucchiaino Magico) email and said I won her beautiful books when I was in Taiwan. I was really excited as if I were a LOTO winner!! 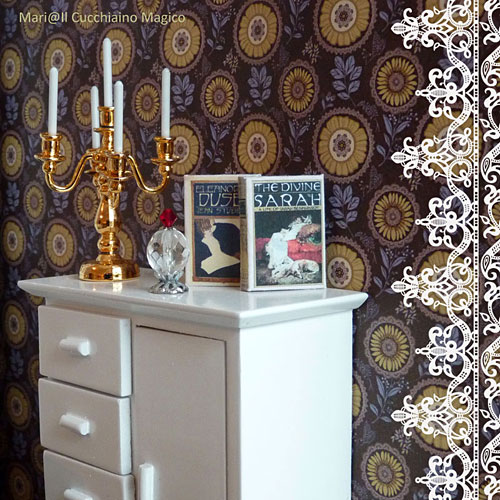 These two books arrived in my place last Thu. They both are nice and elegant; the layout of each page is neat and well organized. I believe Maria enjoys reading as much as making mini books. Because of this gift, I google ‘Sarah Bernhardt’ & ‘Eleonora Duse’ and know better these two famous actress! Thank you so much for the winderful gift, Maria!! 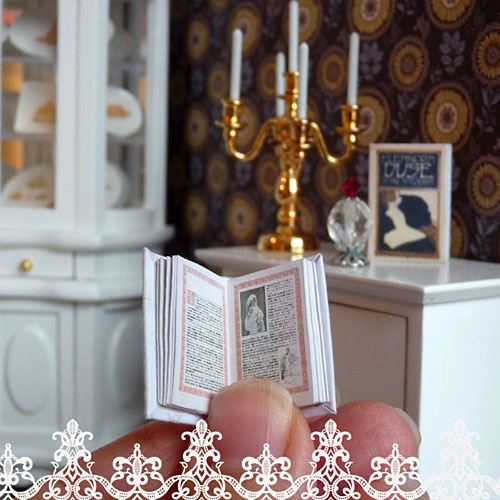 The latest gift is received on Saturday.
Mr. MyFrenchCuisine is like a magician; before lunch, I mentioned I was looking for a van which length was between 26-30cm, he went upstairs and brought a van which was very similar to Citröen HY. My eyes were twinkling (*3*) because it was exactly the dimention I have been looking for. He gave it to me directly and said it belonged to me. He made me a day! 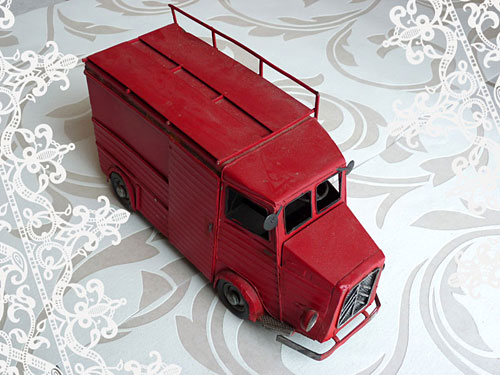 I know it’s a little bit late to deliver my greetings from my blog but I still wish all the friends a happy and prosperous 2011. 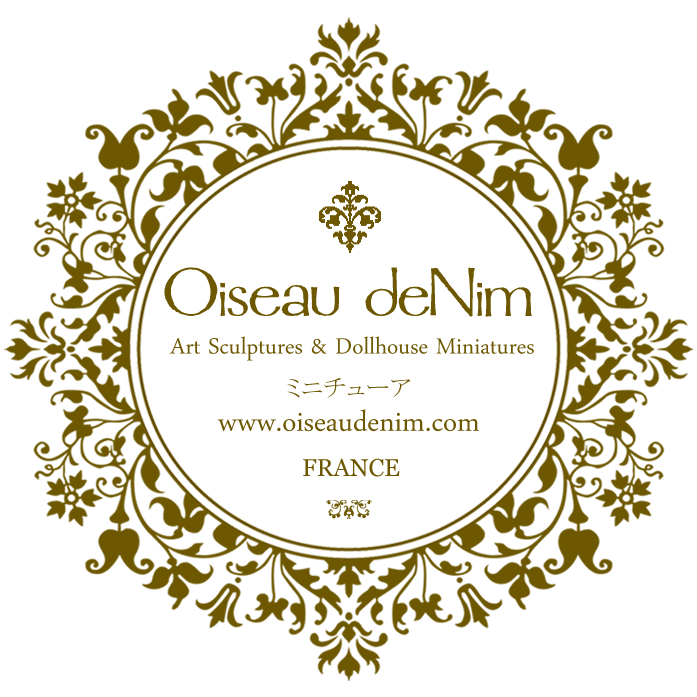 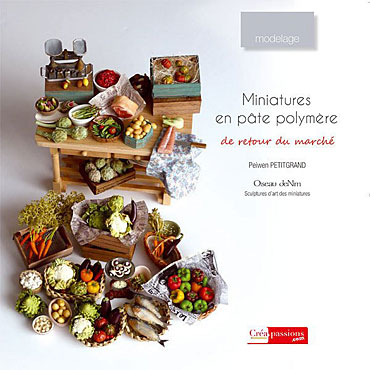 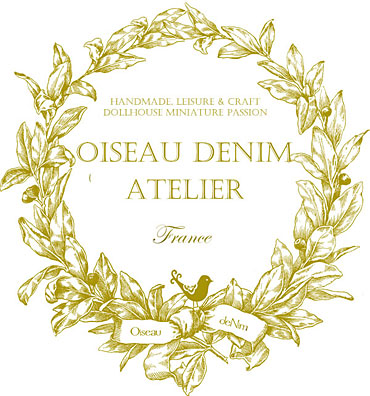